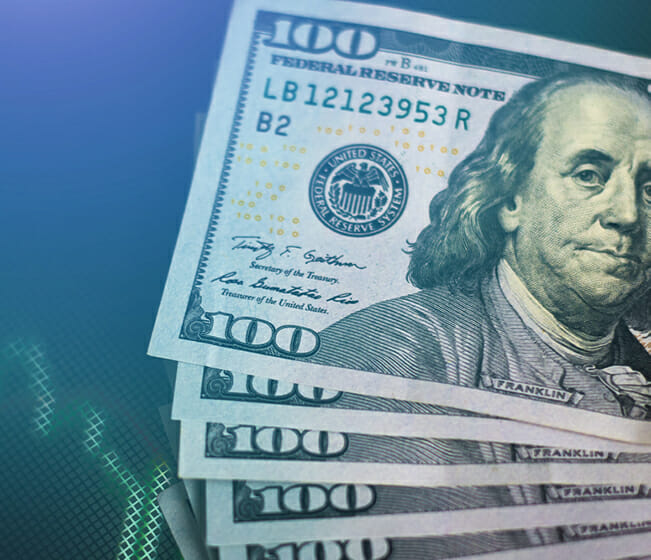 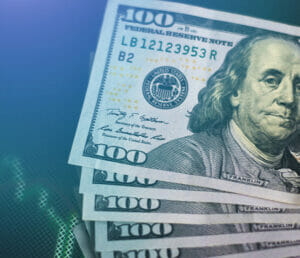 The United States dollar is the world's main currency. All currencies are generally quoted in U.S. dollar terms. Under conditions of international economic and political unrest, the U.S. dollar is the main safe-haven currency which was proven particularly well during the Southeast Asian crisis of 1997-1998. The U.S. dollar became the leading currency toward the end of the Second World War and was at the center of the Bretton Woods Accord, as the other currencies were virtually pegged against it. The introduction of the euro in 1999 reduced the dollar's importance only marginally. The major currencies traded against the U.S. dollar are the euro, Japanese yen, British pound, and Swiss franc.

The euro was designed to become the premier currency in trading by simply being quoted in American terms. Like the U.S. dollar, the euro has a strong international presence stemming from members of the European Monetary Union. The currency remains plagued by unequal growth, high unemployment, and government resistance to structural changes. The pair was also weighed in 1999 and 2000 by outflows from foreign investors, particularly Japanese, who were forced to liquidate their losing investments in euro denominated assets. Moreover, European money managers rebalanced their portfolios and reduced their euro exposure as their needs for hedging currency risk in Europe declined.

The Japanese yen is the third most traded currency in the world; it has a much smaller international presence than the U.S. dollar or the euro. The yen is very liquid around the world, practically around the clock. The natural demand to trade the yen concentrated mostly among the Japanese keiretsu, the economic and financial conglomerates. The yen is much more sensitive to the fortunes of the Nikkei index, the Japanese stock market, and the real estate market. The attempt of the Bank of Japan to deflate the double bubble in these two markets had a negative effect on the Japanese yen, although the impact was short-lived

Until the end of World War II, the pound was the currency of reference. Its nickname, cable, is derived from the telex machine, which was used to trade it in its heyday. The currency is heavily traded against the euro and the U.S. dollar, but has a spotty presence against other currencies. The two-year bout with the Exchange Rate Mechanism, between 1990 and 1992, had a soothing effect on the British pound, as it generally had to follow the deutsche mark's fluctuations, but the crisis conditions that precipitated the pound's withdrawal from the ERM had a psychological effect on the currency. Prior to the introduction of the euro, both the pound benefited from any doubts about the currency convergence. After the introduction of the euro, Bank of England is attempting to bring the high U.K. rates closer to the lower rates in the euro zone.